At Last, Justice for Adam Walsh 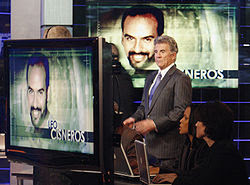 John Walsh has been fighting for justice--both for his murdered son and others--for 27 years. Today, he received word that the Hollywood, Florida, Police Department has declared a drifter, Ottis Toole, as the murderer of Walsh's son, Adam. I must confess, this moment moved me. Walsh has been a fixture in the public arena for much of my life, and Adam, had he lived, would have been only six years younger than me.

Adam's murder fundamentally changed Walsh's life, perhaps in ways he could not begin to comprehend 27 years ago. At the time, it was about his grief and his desire to find the man who'd killed his son, leaving only the boy's head to be found. But the fame generated by a made-for-TV movie about his son's disappearance gave Walsh a lever to move the world. Eventually, he created America's Most Wanted, a TV show hosted by Walsh, which not only continued the search for his son's murderer, but resulted in the capture of hundreds of other criminals. Walsh became a crusader for the capture of bad people, and I believe he changed other lives as well as his own.

I hope somehow the Walsh family is able to find peace with this discovery, and wonder what the future will bring for them. I don't doubt that every day John and Revé and their other children had to live with the ghost of Adam in their house, and I hope that they will be able to now put him to rest. I wish them all well.