All sorts of Apollo 11 and other space stuff today (and rightly so!): 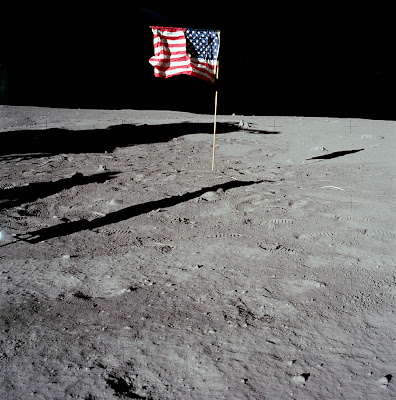 Some stuff from Lin:

From Cousin Katherine, a travel planning site recommendation. This might've been useful for the Europe trip when I was earlier in my process. Still might be good for future trips.

The wickedly funny gnomes at NeedCoffee.com are trying to wean themselves off of advertising by going to a subscription-only site as a means of paying their bills...at least the bills having to do with running the site itself. It's a reasonably sound business model: Jerry Pournelle runs Chaos Manor in this fashion--sort of like PBS. My fellow SF geek Doc, a part-time contributor to Need Coffee, referred me to the site, and I have been pleasantly amused with their content. NC is a media review site, if by "media" one can include items as diverse as TV shows, movies, video games, YouTube videos, and caffeineated energy drinks. Their rates are reasonable (starting at $1/month) and their range of attitudes and opinions suitably entertaining that even a cranky GenX conservative like me can laugh at their stuff on a regular basis.

A quick clarification: Needcoffee.com will not be placing its content behind a subscription wall...it will all still be free to read. The memberships will entitle folks to some nice perks (giveaways, etc), though. :)

Thanks, Doc. That's kind of why I mentioned the PBS model. It's paid for by its members, but everyone can watch. I'll try to send money after payday this week...um, assuming this IS a payday week.