More Stuff from the Trip

You blog readers are getting short shrift, I'm afraid. It is MUCH easier and quicker to upload pictures to Facebook than Blogger. To date, I've uploaded over 1,000 pix there. But then they don't have a five-pictures-at-a-time limit. C'est la vie. 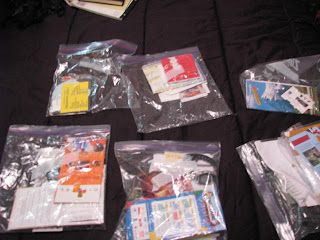 I'm going through the souvenirs and brochures I picked up on the trip now. Rick Steves advises taking along a bunch of Ziploc bags...I suppose to contain toiletry items that might otherwise leak--shampoo, toothpaste, etc.--but his book said bring a lot of 'em, which made no sense, but I thought I'd play along. So I get to Europe and I've got all these excess bags and nothing to do with 'em. Ah, but inspiration struck, and... Read More I realized I could sort out my brochures, tickets, souvenirs, and bits of junk by location so I wouldn't forget where they came from. The bags made me an accidentally anal retentive traveler, but they should help me sort out what I did where, so it's all to the good. 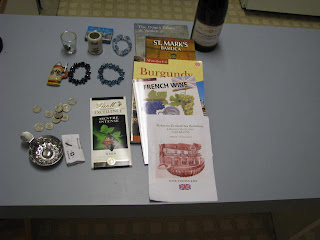 The Rick Steves people are up front about telling you that anything you buy you'd better ship home or keep small, because otherwise you're carrying it with you for the rest of the trip. Thus the small portables. The bracelets are from Venice and going to the mom, stepmom, and little sister. The shot glasses are for me and a friend. The magnets go to the "work wife." The books, wine, and chocolate are mine. My needs are simple. 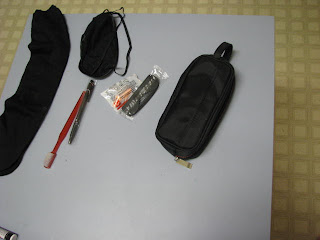 I just thought this was fun. Passengers traveling in business class get this little goody bag of stuff for the overseas traveler, including socks, sleep mask, earplugs, comb, toothbruush, and toothpaste. Just the basics, as they're handing you a drink upon sitting down. It's going to be VERY difficult to put up with the soda-and-peanut routine (if that) on those crummy little RJ's... 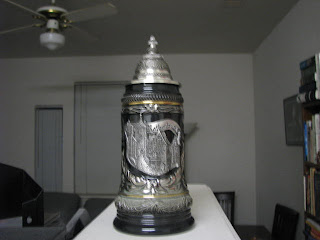 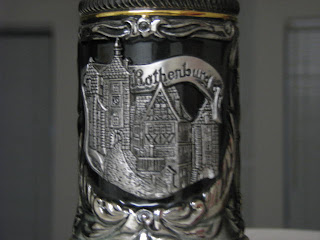 Eventually I need to buy a scanner so I can post some of the stuff I got (anyone need a brochure from Dachau?). Below are web sites to some of the places I either visited or collected brochures from. Let the good times roll.

More later. That's all from the Germanic pile, I think.