Scottsboro Airport Fly-In
I decided to drive out to Scottsboro, Alabama, because they were having a "fly-in," which was to feature some Russian fighters and a Douglas DC-3. The DC-3 didn't make it in--most likely due to the exciting weather we've been having in the Tennessee Valley this weekend. Anyhow, I wandered around with the Canon, letting my sense of humor or aesthetics guide me where they might.
In my pre-NASA life, I worked for a defense logistics company that handled, among other things, fuel systems for the Army. As a result of this, I got to learn more than I really needed to about the differences between JP-8, AvGas, Jet-A, and the other flavors of petroleum that keep our military vehicles moving (for instance, did you know tanks are running on JP-8?). I'm trying to imagine a jet landing on Scottsboro's 5,000-foot runway, and I'm thinking the plane better have good brakes--or a Navy pilot aboard, used to landing things on short runways. 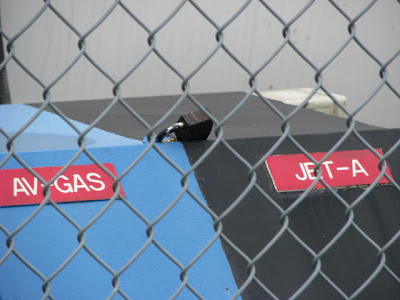 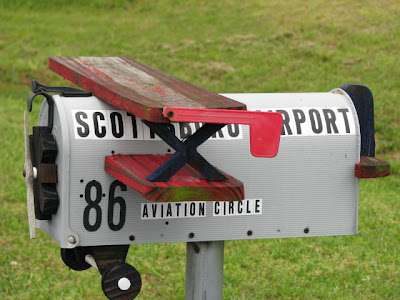 The airport has a very festive mailbox...
Word!...uh, Field. 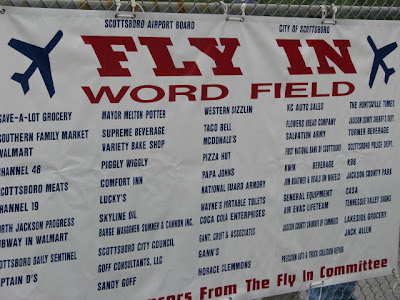 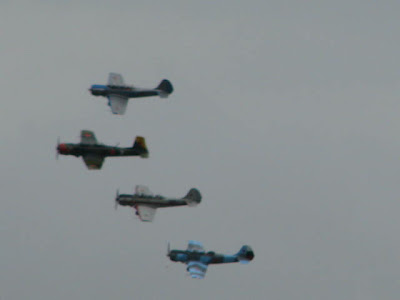 The Russian planes they were showcasing were Yakovlev Yak-52s. The planes look like World War II-era fighters, but are trainer aircraft that first flew in 1976. They reminded me a little of the Dauntless SBD Dauntless dive bomber, but they're too small and light. 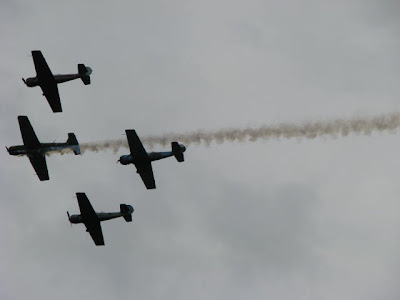 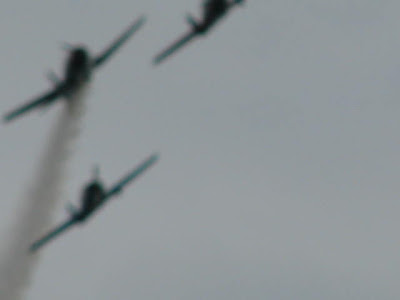 Action shot, which kind of looks like a clip from Tora, Tora, Tora! but is more the result of me trying to follow the planes and shoot (with the camera, in this case). 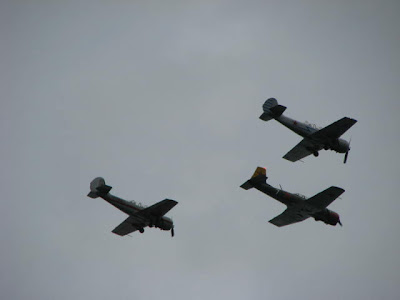 These guys weren't doing any seriously scary acrobatics, probably because a couple of them were carrying kids onboard. Always fun to see formation flying, though. I couldn't do it. 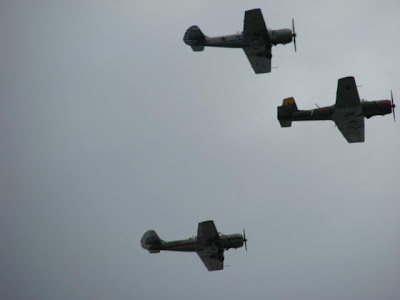 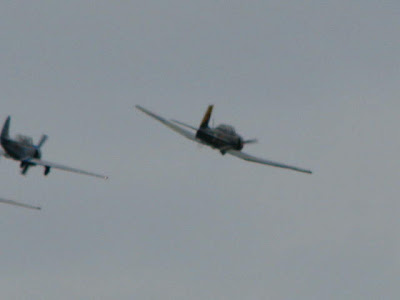 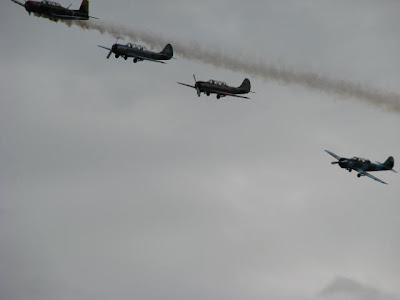 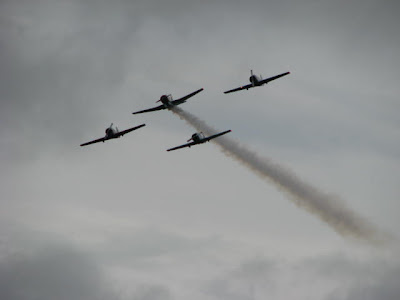 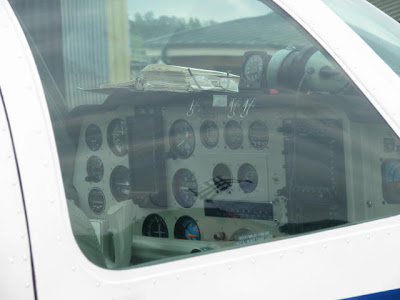 The interior of a Beechcraft cockpit. One of the better parts of doing a fly-in at a local airport instead of an Air Force base is that you can walk around pretty much anywhere along the flight line.

More formation flying. They had three Yak-52s, and a Yak-52TW, which has a slightly different wing and tail shape. 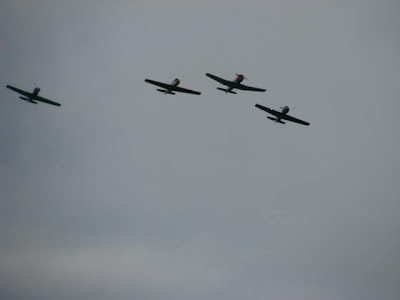 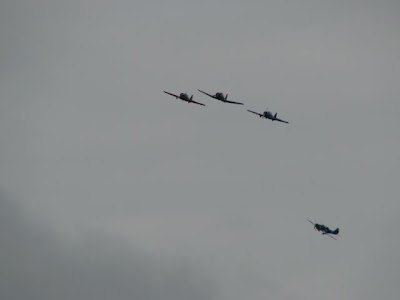 Screaming in low over the deck... 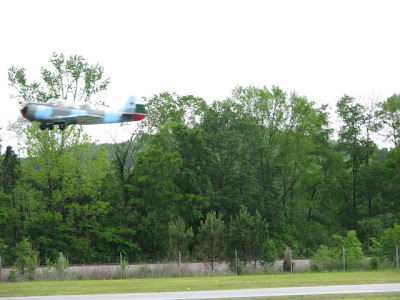 The loud end of a PT-17 Stearman "Kaydet" trainer aircraft. Note the wooden prop--standard equipment on a lot of aircraft until the jet era. The wings are covered with canvas. 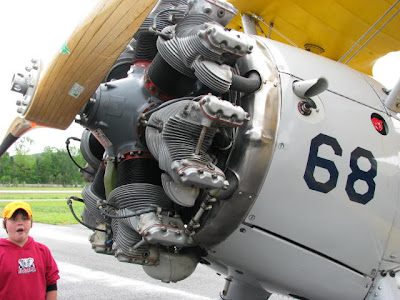 The greasy kid stuff was leaking off the local fire department truck that was there, not any of the aircraft. 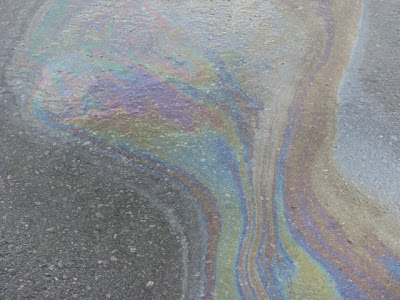 Like I said, spectators could get really close to the flightline. Probably closer than they should have been, but what the heck. 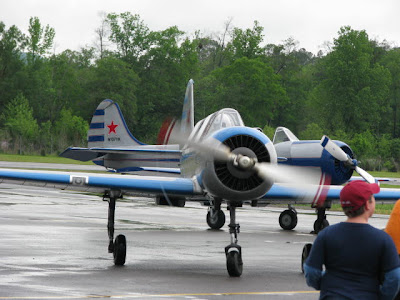 The lucky guy who got to remove the chocks from the landing gear. Situational awareness is vital around and in aircraft. 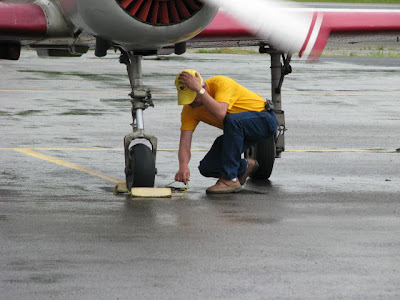 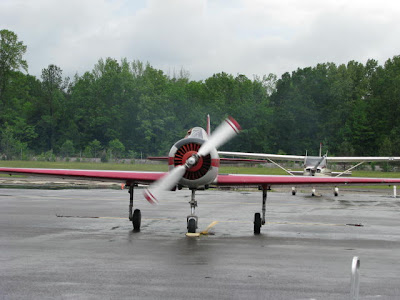 Anyone want to take a guess at the structure on the left? Tornado siren? The wind sock showed almost no wind. 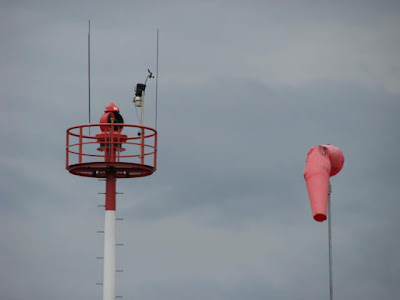 Not sure of the make/model of this aircraft, but it looked sporty. 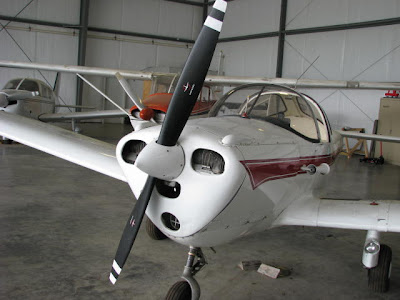 Again, a question for airplane buffs--what's this horn-shaped protuberance on the port side? 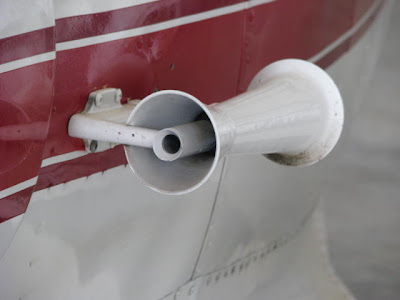 I liked this one, too: a Piper Aztec. Don't think they make them new anymore--they're not for sale on the Piper web site, but I'm guessing I couldn't afford one used, either. 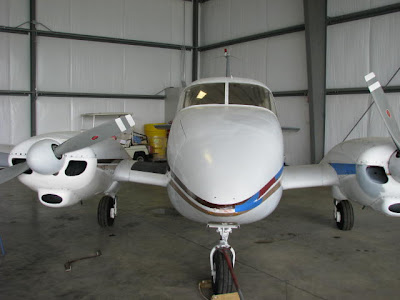 The "Kay-Det" returns from a tourist run with a young passenger. 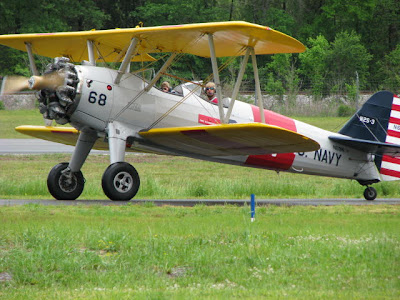 Another shot of the Aztec. It could almost pass for a Cessna 404 at a distance. 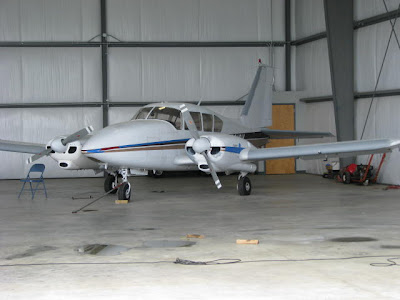 One of the Yak-52s prepares to get under way. 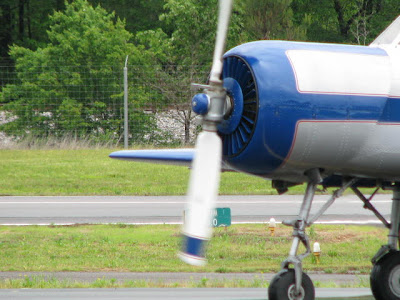 A small herd of Yaks. 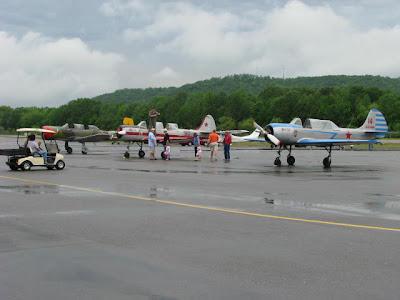 "D@mn it! They puked on the seat again!" (Kidding) 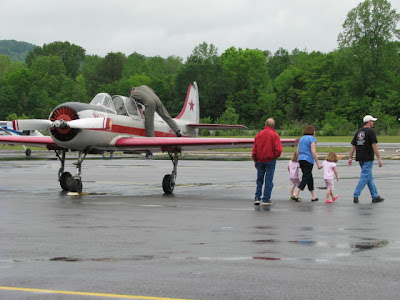 Is that a red star or red sun on its side? Almost hard to tell. Red star on the tail was distinctive, though. 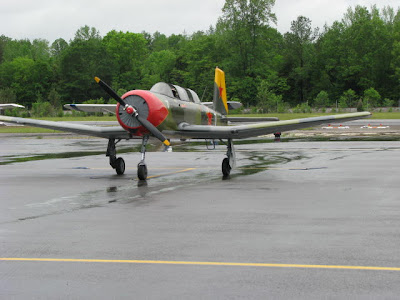 Anyhow, I'm an equal-opportunity aerospace buff--propellors, helicopters, jets, rockets--I'm there. And I still had time to get home and watch the Kentucky Derby. A good day.
Posted by Bart at 6:28 PM