First Pics from Europe
The images below are a visual companion to my "first impressions" entry. I'll do more detailed entries as needed, but given that Blogger only allows you to upload 5 images at a time, the likelihood of uploading nearly 5,000 images from my camera is pretty darn remote. 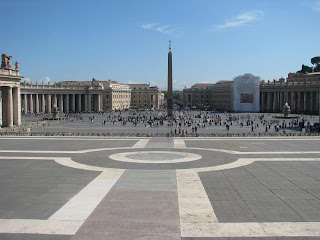 The Colonnade before St. Peter's Basilica in the Vatican City. Something like 200 yards across, each column over 50 feet tall. Gigantic! 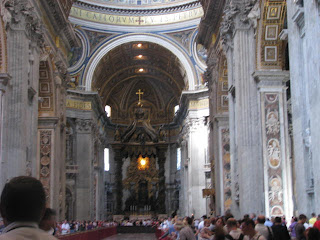 Interior shot of St. Peter's. Again, the scale is enormous and impossible to convey with an amateur's camera. Lots of space, elegantly marbled and not overly decorated compared to some cathedrals. The massive spaces and soaring heights are there to lift one's eyes upward and convey the glory of God. 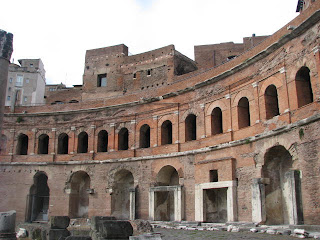 The Fori Imperio (Imperial Forum), a business area or shopping mall--the archeologists aren't quite sure--carved out of the side of one of Rome's "seven hills." 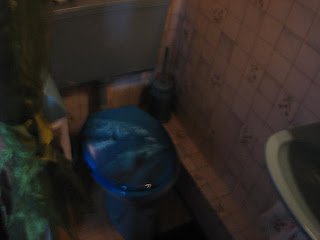 From the sublime to the ridiculous...my room in Bacharach, Germany, had an image of dolphins on the commode lid. Furreal. 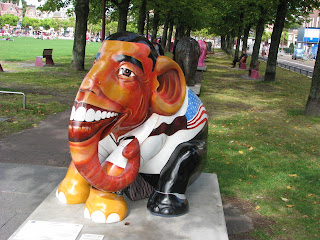 Just as Chicago had its bulls, Orlando its lizards, and Huntsville its Saturn V's, so Amsterdam decided to install iconic figures for artists to decorate and adorn the city's public spaces. This one featured U.S. President Barack Obama. 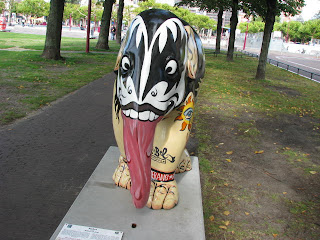 My favorite elephant: Gene Simmons. Why elephants? Near as I can figure, the Dutch once controlled Indonesia, and elephants were prevelant there. Otherwise, I'm baffled. 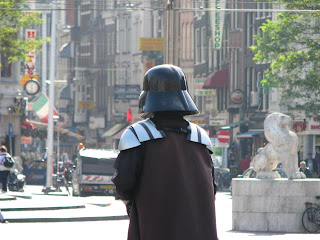 Darth Vader, unable to find work after Episode III, has been reduced to doing performance art in the main square of Amsterdam. 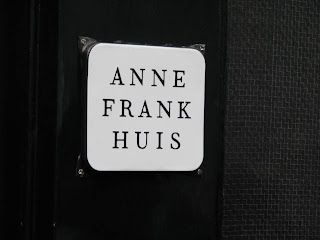 This is about the only exterior view I could get of the house where Anne Frank and her family hid from the Nazis. No pictures are allowed inside, but yes, Anne's diary is there, under glass--a testimony to the value of witness documents from the Holocaust. 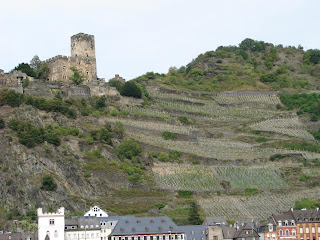 One of dozens of breathtaking vistas one can admire on a cruise along the Rhine River between St. Goar and Bacharach, Germany. This is reputedly the most scenic part of the river. The vineyard terraces date back to the time of Julius Caesar, when he first conquered Gaul. 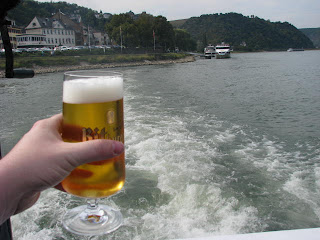 Did I mention that the sightseeing boat on the Rhine had its own bar? If you've got to see beautiful places, there are worse ways to travel. 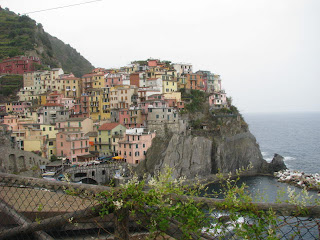 This is one of five seaside villages called the "Cinque Terre," hidden along the Italian Riviera between Genoa and Spezia. The hike from one end to the other is about five miles, but it's up and down great hills covered with forests and vineyards. If you don't have "buns of steel" when you start the trek, you will by the end. The views alone are worth it. 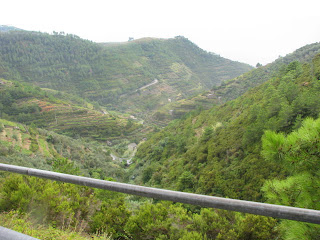 Even if you end up taking a wrong turn and hiking through the Cinque Terre e due (the Five Lands plus two), you still get to walk through beautiful places. 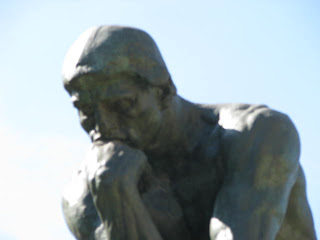 The Thinker is still there in the garden of the Musee Rodin, wondering where his clothes went. August Rodin was probably the greatest sculptor since Michelangelo. His figures have a living quality to them that is hard to describe, but you can feel them looking at you. 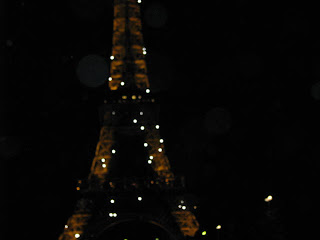 The Eiffel Tower is lit up every night. However, from the top of the hour to five minutes after, additional, "sparkling" lights are turned on to give the Tower that extra bit of magic. And really, that's why we go to Paris, oui?